Scottish Employers’ Perspectives of the labour market in 2021: Scottish Government publishes our research 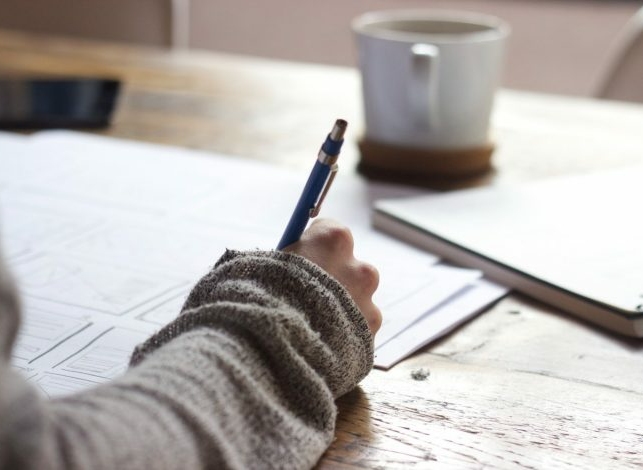 Research conducted by IFF Research on behalf of Scottish Government has today been published as Official Statistics. The research found that just over half of employers had a full or part-time vacancy over the past 12 months. This equated to just under 77,000 establishments, and was a larger proportion than found in the 2019 survey. Our study of Scottish Employers’ Perspectives covering findings from 1,000 employers in late 2021, also found that meta-skills – such as problem solving, critical thinking, communication, creativity, and leadership – was the attribute most sought by employers in candidates.

What was the research about?

The Scottish Employer Perspectives Survey (EPS) 2021 is a large-scale telephone survey of employers in Scotland, which provides labour market information including:

It was the first in the series to be undertaken since the start of the COVID-19 pandemic and since the UK’s formal departure from the European Union.

What did we find out?

In 2021, we found that was a decline in the number of employers that provided placements for school pupils compared to 2019, dropping from 20% to 8%, equating to just over 12,500 employers. Related to this, around 8% employers engaged with educational institutions to provide work inspiration activities over the last 12 months, around half of the number that offered these in 2019. Work inspiration activities may include activities such as hosting site visits for students, talking to students about careers, or conducting activities such as mock interviews to improve the employability of students. Employers were most likely to give altruistic-related reasons for offering work inspiration, rather than reasons related to a ‘company benefit’, as shown in the chart below. 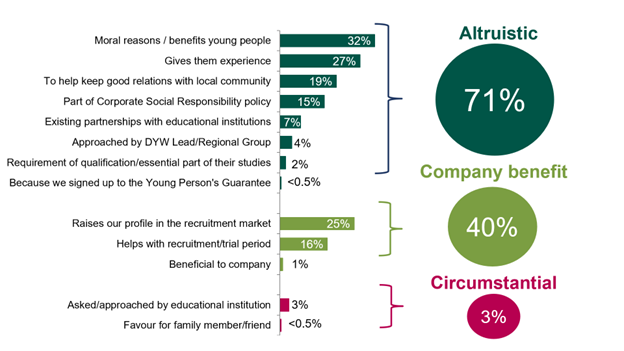 Seven out of every ten of employers in Scotland had provided training to their staff in the year prior to the survey, the same proportion as in 2019. While internal training levels have remained at a similar level to two years ago, in 2021, we found that the number of employers offering external training had declined from 49% to 44%.

Figure 2. Proportion of employers offering apprenticeships (including those that have current apprentices) by establishment size 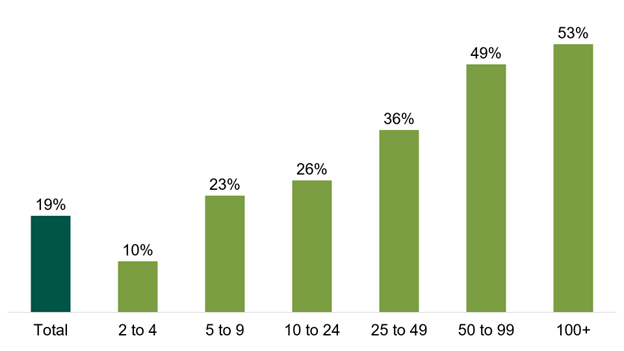 Just over six-in-ten employers that employed an apprentice had only one apprentice, with a further 22% having between two and four at a time. On top of this, four out of every ten employers we spoke to plan to either continue offering or start offering apprenticeships in the future. This is an increase from around a quarter of employers reporting the same in 2019.

How will this data help the Scottish Government?

The full Official Statistics release can be found here on the Scottish Government’s website.