Post-Qualification Admissions: What do students think? 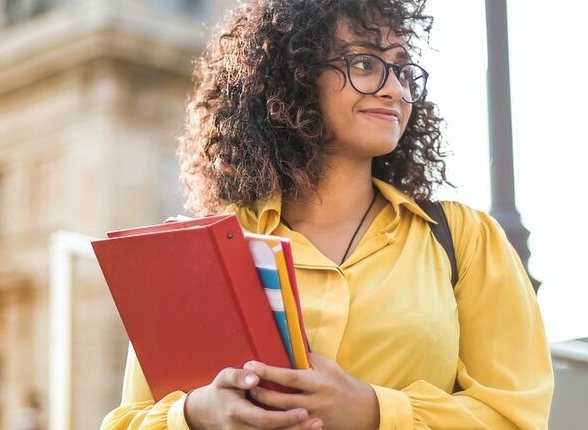 In our previous blog, we discussed how after a long journey, we are now getting very close to the realisation of a post-qualifications admissions (PQA) system. With support from UCAS, Universities UK, the Sutton Trust, and other sector bodies, along with strong advocation for reform from Gavin Williamson, government approval of one of two PQA models now appears to be an eventuality rather than a possibility. While the recommendations from DfE’s consultation on the issue will ultimately decide matters once and for all, one can’t help but feel some form of future PQA is now a done deal. We now then turn our attention to the most important question in the debate: do students actually want it?

A year of discontent

Students applying for university this year may well have greater doubt around the effectiveness of the current admissions system than previously. With A-level and equivalent exams cancelled for the 2020 cohort, results were initially calculated via OfQual’s ‘smoothing algorithm’, using historical pupil performance data and teacher assessed predicted grades. To cut a long story short, the algorithm was not too friendly and 39% of teacher grade assessments were lowered. Chaos ensued, private schools hired lawyers, and the government ditched the algorithm, reverting to teacher assessed grades (except in cases where the algorithm produced a higher predicted grade).

Following a consultation with OfQual in January, receiving over 100,000 responses, grading for 2021 exams will again rest solely in the hands of teacher assessed predicted grades. No doubt the non-return of the dreaded algorithm is likely to be met with a collective sigh of relief. But students may still be concerned that solely using predicated grades will affect the likelihood of their chosen institutions accepting them. What isn’t so clear though, is whether students really are as worried about this as the rest of the sector.

Student perceptions on the impact of predicated grades on decision making

The general fear among the sector has long been that use of predicted grades adversely impacts disadvantaged groups. The thought is that as high-attaining disadvantaged pupils are more likely to have their grades underpredicted, they will be less likely to apply to high-tariff institutions (as their predicted grades put them out of reach). There is in fact some, if limited, evidence to suggest that this fear is a reality for students. In a survey for the Sutton Trust of 500 new first year graduates in September 2020, 16% of those from a working class background stated they would have applied to universities or courses with higher grade requirements if applying with their final, rather than predicted, grades. This compares to just 10% of students from middle class backgrounds.

Ultimately, students may not know that disadvantaged groups tend to be underpredicted, or that only 16% achieve the same actual grades as they are predicted (as reported in a Universities and College Union study in 2016). They do, however, have the sense that the current admissions process isn’t quite fair, and there could be a better one out there. Two-thirds (66%) of respondents in the Sutton Trust survey felt that an admissions system which involved application after receiving final grades, would be fairer than the current system. Equally over half (56%) of 1500 university applicants in a February 2020 study for Universities UK stated that offers should be received after receiving results. BAME students, and those who were the first in their family to apply to university, were more likely to report this. Similar findings were also produced in studies by University of Hertfordshire and The Student Room (61% and 56% of respondents respectively favouring application after receiving results).

It should be noted that while students appear to feel that a PQA approach is fairer than the current system, there is less evidence to suggest a PQA process that would retain predicted grades is favourable. This is particularly concerning given that UCAS’ recommendation following the DfE’s consultation on PQA is to adopt a system that retains use of predicated grades and applications prior to exams.

The adoption of a PQA approach that retains predicated grades and applications prior to exams must therefore involve very clear communications to students around its benefits. From the student perspective, there is a risk that the UCAS recommended changes will look very similar to the existing approach. Students’ current perception is that a shift in the admissions process would be a dramatic one – applications and admissions following exam results. A less significant reform, like the one proposed by UCAS, may be underwhelming and viewed as ignoring their concerns. So a greater push is needed to ensure that students are aware of the factors driving change e.g. lack of accuracy of predicated grades and the underprediction of disadvantaged groups, how the suggested reform will address them, and if chosen, why a less significant reform has greater benefits than a full-on overhaul.

Right now there is not a clear indication to suggest students are fully aware of all the issues at play involving PQA, and the impact that either model would have on them. If the most significant reform in higher education for a long time is to be accepted by students, more work is to be done on ensuring their voice is at the centre of any change.