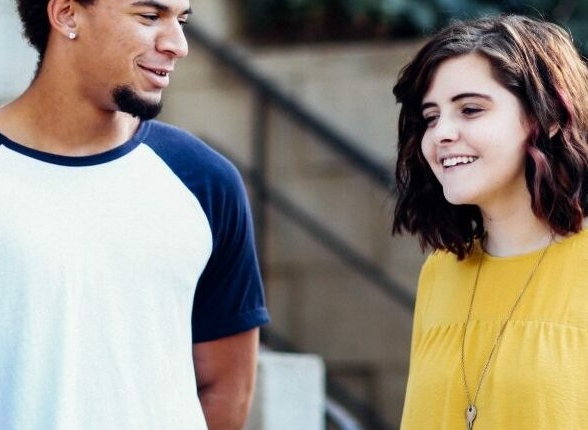 Post qualification admissions (PQA) is a simple idea, based on a simple premise: students should only receive offers from universities once they know their A-Level or equivalent results.

However, for around two decades admissions reform was something that everyone agreed was very important but little was done in the way of action. It would be, to put it simply, a massive administrative and communications undertaking.

Despite a very slow burn, whispers of revolution in dark corners of Westminster have become louder. Much louder. In fact, such is the current wave of popular opinion for introducing some form of PQA system, the government and sector bodies alike appear to be in a race to let everyone know that they wanted it before anyone else. This article discusses the motivation for change, and what a future PQA system might look like.

So why now? While the arguments that the current admissions system is broken have not changed much over the last few years, they have become harder to ignore. The DfE consultation launched in January cites three areas that have motivated the need for reform:

To sum up, there is a feeling that the process is not as fair as it should be. In a recent survey from the Sutton Trust, two-thirds (66%) of students felt that applying after receiving final grades would be a fairer than the current system. The question turns then to what system could be better than the one we have now?

Two and a half models

The DfE consultation put forward two PQA models for comment, which UCAS has since reflected on in their April ‘Reimagining UK Admissions’ report. The basis of the two models are shown below. UCAS’ recommendation essentially aligns with model 2, but also allows for multiple application points before results day. This enables students to change their mind regarding courses or institutions throughout Year 13, or to replace them following an unsuccessful interview. 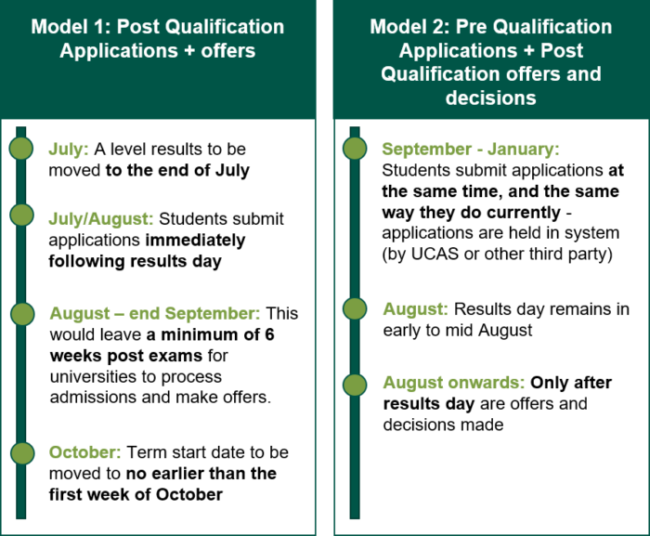 There are a number of issues to consider in a PQA lite approach, such as ensuring students successfully engage with universities to inform their decision making, the treatment and inclusion of international students, and how schools will adequately support students in decision making during the summer period.

At the moment however, it seems current sector thinking is that while these issues are surmountable, those inherent in a model 1 type PQA approach are not. In their report, UCAS argue that the changes to the timing of the academic year would be too large a pill to swallow for the following reasons:

Not only are these convincing arguments, but the fact that they come from UCAS may give us some indication of the future of PQA. UCAS currently plays a fundamental role in ensuring a consistent UK-wide approach to admissions, and it is very likely their role will remain central to adopting any PQA approach in the future.

A word of caution

It should be noted that despite the renewed optimism in PQA from the government and across the sector, it is not without its critics. For example, no PQA model inherently addresses issues of institution transparency when accepting or declining student applications. Furthermore, others doubt whether a PQA approach would actually do much to positively impact disadvantaged students. In the Higher Education Policy Institute’s (HEPI) recent report, Dr Mark Corver argues that “the belief that use of predicted grades harms equality is not supported by the data…and overall they may be more of an aid than a hindrance”.  Much further discussion is required before a structured and well-evidence reform can take place. One thing is for sure though, after a long time in the background, PQA is now here to stay.