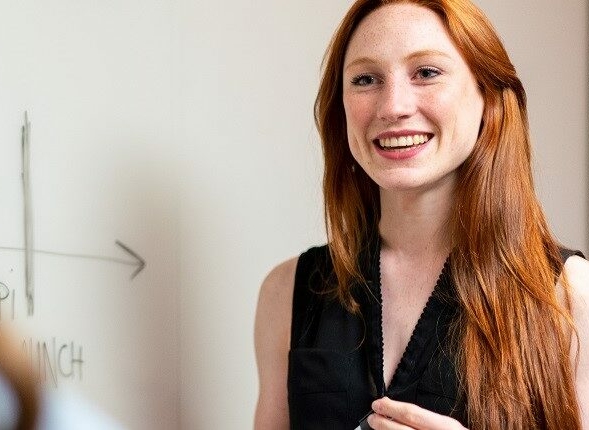 IFF are delighted to announce that the Wave 2 findings report for the DfE’s Longitudinal Study of Child and Family Social Workers has now been published. The 5 year study, delivered by IFF in association with our academic partners at the University of Salford and Manchester Metropolitan University, explores various aspects of the working lives of child and family social workers in England, specifically: views on stress, workloads, line management, access to resources and reflective supervision; short term career plans; reasons for leaving or considering leaving child and family social work, and; destinations of leavers.

The largest study of its kind conducted in the UK, 5,621 child and family social workers participated in the first Wave in late 2018/early 2019 (around one in six of all such social workers in England). We were able to maintain a high response in the second Wave, with 3,302 completes from 132 local authorities. In addition, at the second wave a separate survey was conducted amongst over 250 people on their Assessed and Supported Year in Employment (ASYE), to ensure that newly qualified social workers continue to be represented in the study.

In terms of the overall findings for the Wave 2 survey, although results are largely consistent with Wave 1, there were some changes:

Workplace wellbeing measures were down in Wave 2

Further, the longitudinal nature of the study allowed us to track changes in circumstances between Wave 1 and Wave 2 of the survey:

A summary of key findings is presented in the infographic below: 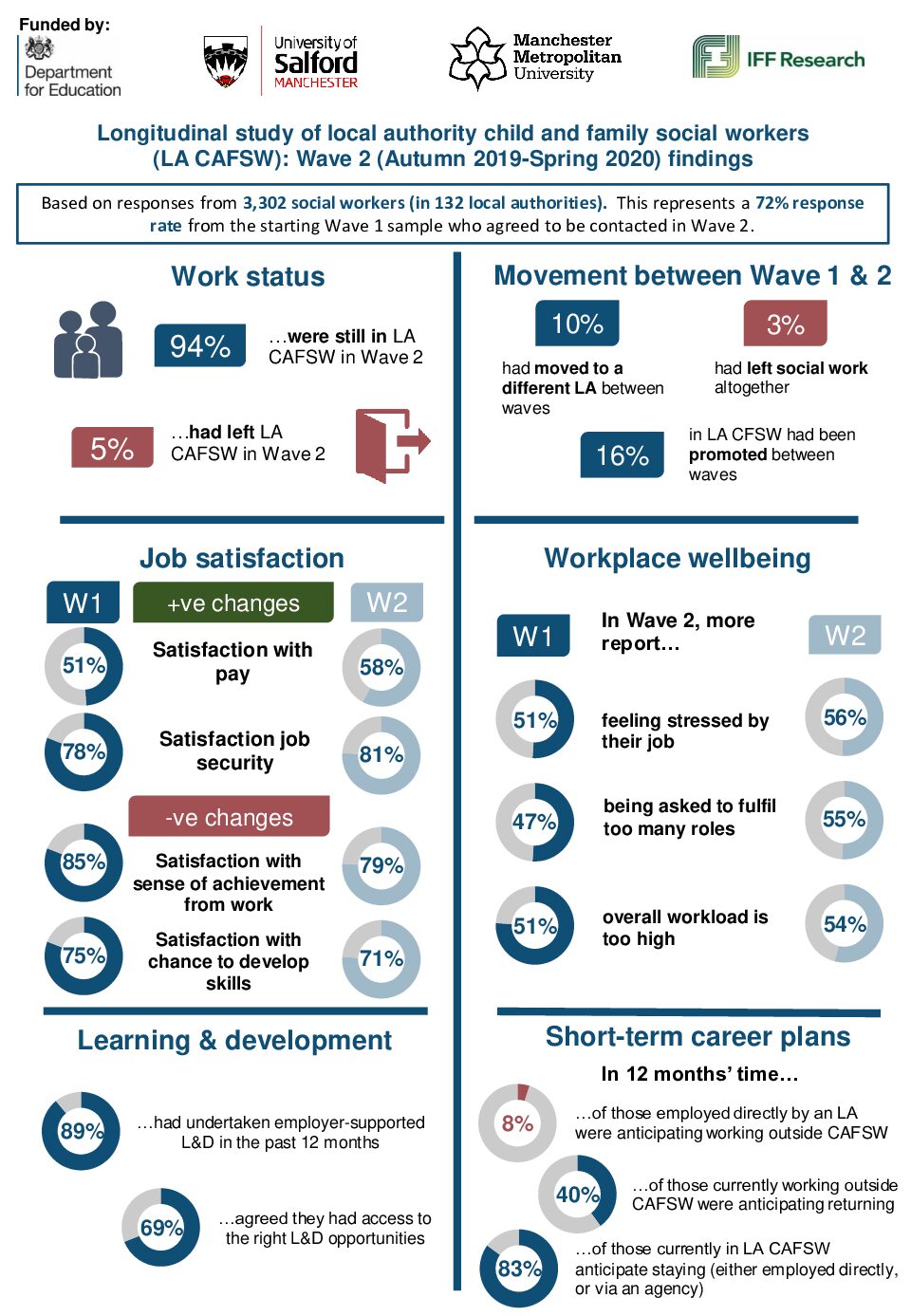 This data was collected between September 2019 and January 2020, before the UK was hit by the ongoing COVID-19 pandemic.

Going forward, it will be vitally important to track how child and family social workers’ attitudes and circumstances develop over the next year or so and we’re very much looking forward to starting Wave 3 of this important and fascinating study in Autumn 2020.